Dora d’ Istria (1828-1888) is the literary pseudonym of Princess Elena Ghica, a Romanian woman writer and feminist, daughter of Mihai Ghica and the niece of the reigning Prince Wallachia, Grigore Ghica IV.

Born on the shores of the Dâmbovița River, she spent the first years of her life in Austrian, Italian and German societies. The highly erudite environment in which she lived and was brought up, created the necessary levers influencing her impressive array of literary works and fine art: Thus, Dora d’Istria was not only a writer, but she also studied history, religion, music, painting and the history of literature. She also had huge affinity for foreign languages.

In 1849, at the age of 22 she married a young Russian lieutenant, Alexander Kolzoff – Massalski, moved to St. Petersburg and dedicated herself to music and painting. She lived in Russia until 1855, the year she published her first work: La vie monastique dans l’Eglise Orientale, signed as Dora d’Istria. In Romanian, dor means love, desire, homesickness, and Istria is the Latin name for the Danube. In one of her most expressive books, she wrote: “…le sentiment que les roumains nomment «doru», sentiment de mélancolie indéfinissable, qui, si l’on croit le peuple, fait mourir celui qui en est attaint.” [“… the feeling that the Romanians call “doru”, a feeling of indefinable melancholy, which, if one believes the people, kills those who have it”]

As a writer, she sought to promote the rights of Romanians, Serbs, Greeks, Albanians, Hungarians and Italians. She longed for patriotism to be defended and strived to ensure she was heard in all corners of the world, thus creating an impressive ethnological diversity throughout her work. Furthermore, she addressed the issue of feminine emancipation, whether it was in the context of the church, marriage, or prejudices. For more than three decades she published such works as: La vie monastique (1855-1858), La Suisse allemande (4 vol.-1856), Les femmes en Orient (2 vol. 1859-1860), Excursions en Roumélie et en Morée (2 vol. 1863) and Des femmes par une femme (2 vol. 1865), La vie monastique (1855-1858), German Switzerland (4 vol.-1856), Women in the Orient (2 vol. 1859-1860), Excursions in Roumélie and Morée (2 vol. 1863) and Women by Woman (2 vol. 1865). These books helped pave the way to modernity.

Dora d’Istria enjoyed enormous success as a writer during her lifetime. Paolo Mantegazza wrote in 1887 that the reason so many literatures – French, Greek, Albanian, Romanian or Italian – claim Dora d’Istria’s works is that she was the most cosmopolitan of all modern writers and thinkers (Cf. Dora d’ Istria, accessed 12th December 2020). In the Romanian culture, a significant number of articles dedicated to Dora d’Istria express some regret that the renowned European writer did not exert her talent as a writer in her native language.

In 2008, Liviu Bordas, one of the few current Romanian researchers of Dora d’Istria’s work, discussed[1] in the Romanian weekly Observatorul Cultural what he called “the so-called Albanian descent of Dora d’Istria“. Bordas traces the stages of the construction of this “Albanian myth“, to which Dora d’Istria herself, had alluded to, by explaining that it was perhaps, in part, due to the disappointment she must have felt when the House of Hohenzollern came to power in Romania, thus shattering hopes of any return to the throne for the Ghica family.

Accolades included her being a member of several institutes and academies in Greece, France, Italy, Argentina, Turkey and Austria. She was also the first woman to receive the title of honorary citizen of Athens in April 1867.

Two of her books, Les Femmes en Orient (Zürich, 1859) and Des Femmes par Une Femme (Brussels, 1869) are acclaimed as being the first fundamental feminist works, ever written. Notably, they were published even a few decades before the fight for women’s rights emerged in the West. Unquestionably therefore, she personified the role of forming an authentic bridge between East and West in this field.

Dora d’Istria was also Romania’s first alpinist woman, managing to plant her white-yellow-blue Wallachian flag firmly on top of Muench highest peak in the Swiss Alps on 11th of June, 1855 and she also became only the third woman in history to reach the summit of Mont Blanc.

She will be remembered not only as one of the most refined European intellectuals of the 19th century, but also a citizen of the world as well.

Dora d’Istria’ in her own words: “La Suisse allemande”

“To my Romanian brothers”“The love for my country has guided and supported me. Freedom, the wealth of my country: these are the preoccupations that are going to fill my entire life. Taken away by the destiny, since my childhood, from the shore of my beloved Dambovitza, I have never ceased to belong to my native land, where the destine was the object of my constant meditations. All my dreams for it, all the paths where I have committed to, all my pains of which I have resisted had only one reason: a strong patriotism, from which I will never give up until I die. To fight for my country was as sweet to me as to the first martyrs to fight for the holy cause of the Gospel.“ (The German Switzerland – 1856)

Read more about Dora d’Istria in the article DORA D’ISTRIA: MAPPING THE CULTURAL TRANSFER OF INTIMACY AT THE “FRINGES” OF EUROPE by Assoc. Prof. Carmen Dutu. She examines two texts by Dora D’Istria dealing with women’s emancipation and empowerment in the mid-nineteenth century. She analyzes how women situated their experience against the discourses that regulated intimacy in the context of nation-building inthat respective period. 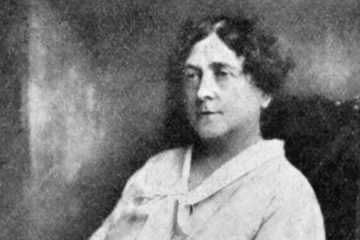 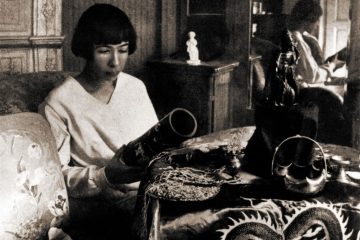 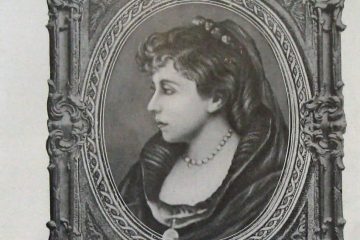